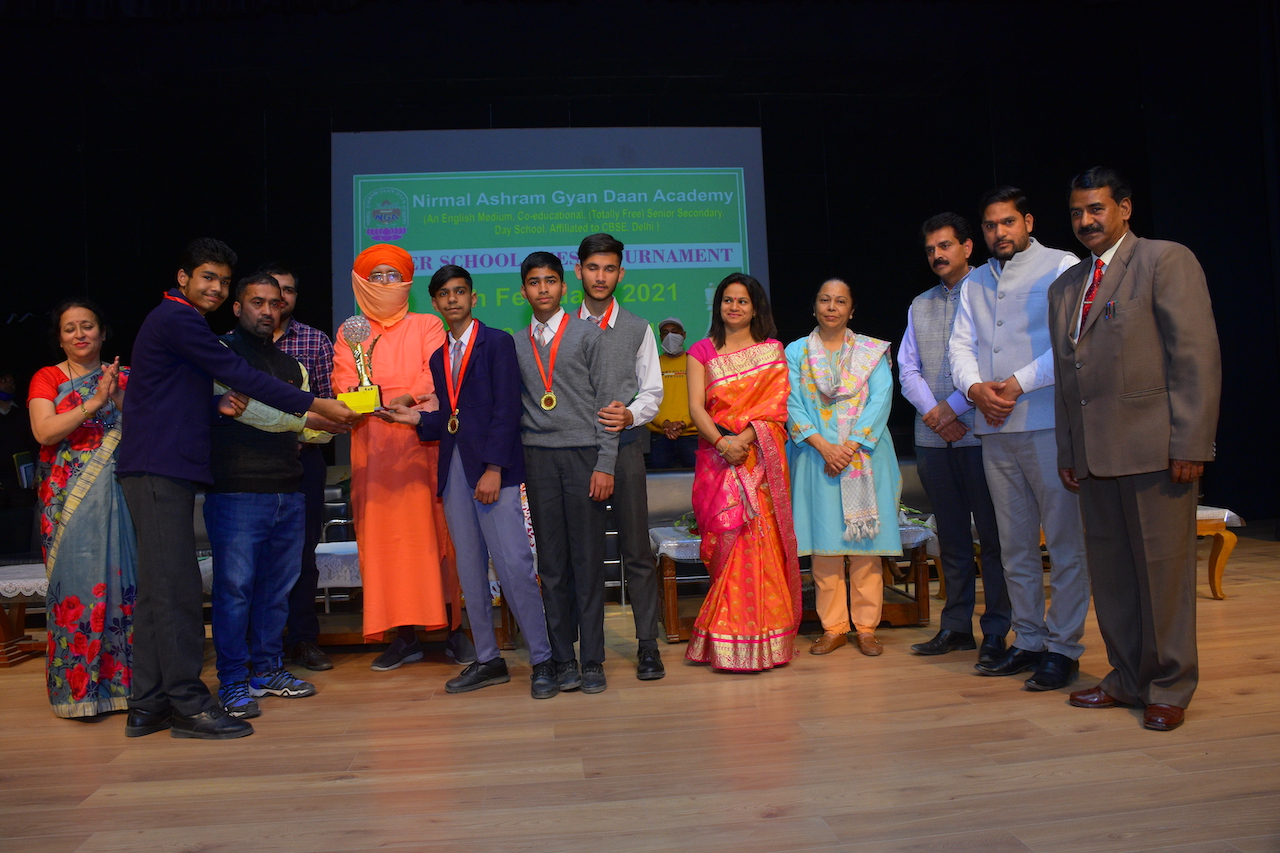 CHESS – A GAME FOR THE WISE & CLEAR SIGHTED

Wilhelm Steinitz, widely recognised as the ‘Father of Modern Chess’ and the ‘First World Chess Champion’ from 1886 to 1894, would never have imagined that this ‘board game’ could become so popular that it would occupy a special place in every house and in each child’s heart. Chess has definitely been a part of our growing up and helped us to develop independent thinking and problem-solving abilities. The beauty of chess transcends all languages, caste, gender and socio-economic barriers and absorbs a person completely into reflecting, comprehending & introspecting his/her moves.

The games were played in two groups – teams as well as singles. The players were awarded points as per their performance in each game and they all played with great zest and excitement in order to win. In the team category, Sri Guru Ram Rai Public School, Rishikesh bagged the first position, the second position was won by the host School Nirmal Ashram Gyan Daan Academy, Khairi-Kalan, Rishikesh and the third by the Nirmal Sangeet Academy, Khairi Kalan, Rishikesh. Among the individual matches, Nishchay Breja from DSB International Public School, Rishikesh, stood first; Raghav Kandwal and Krishna Lavinia both from S B M, Rishikesh got the second and the third positions respectively. For inspiring and motivating children, prizes were also awarded to the position holders till tenth. Among them Abhishek Gautam from Rishikesh International School, was fourth; Muskan Dhahia from Bhagirathi Vidyalaya, Haridwar was fifth; Amarnath Yadav, from Nirmal Ashram Deepmala Public School, sixth; Karan Sahi, from NGA, seventh; Aditya Rayal from NGA, eighth; Mayank Kuriyal from Sanskar Srijan School, ninth & Suraj Ram again from NGA won the tenth position. Supriya Chauhan of class II from NGA, made the School feel proud by winning the Rising Star Trophy. All the winners were awarded with the cash prizes, certificate & trophies by His Holiness Maharaji & the guest. The Hon’ble guests were blessed with the ‘Siropa’ & School Mementos.

Overall, it was a thrilling, exhilarating and learning experience which was only possible because of the infinite and divine blessings of Hon’ble H.H. Mahant Ram Singh ji Maharaj & Sant Jodh Singh ji Maharaj. The able guidance of the school Principal Mr. Ranbir Singh Negi and Headmistress Mrs. Amritpal Dang played a key role in organising this event. Undoubtedly, the unrelenting efforts of the School PETs Mr. Dinesh Prasad Penuily and Mrs. Poonam Chauhan and along with the dedicated staff can never go unnoticed in making this event a success.

I would like to close with these words of Wilhelm Steinitz “Chess is not for the faint hearted; it absorbs a person entirely. To get to the bottom of this game, he has to give himself up into slavery. Chess is difficult, it demands work, serious reflection and zealous research.”